What is a Video Wall?

A video wall is a large display consisting of more than one video screen fixed together to form a single logical screen, a large display surface. Video walls were required because there is no single huge display source which can provide high resolution, high contrast, and uniform brightness. Video walls are used in business and transportation, as well as entertainment. They are also useful in the control center, as well as very large places where information needs to reach massive crowds, such as stadiums and airports.

A video wall can be formed using LCD/DLP/laser projectors, LCD TVs or LED displays. The LCD screens used in video wall often have ultra-slim edges called bezels to make a disruption in the picture between screens less noticeable. However, due to the cost involved, a normal home LCD screen can also be used. The screens are commonly connected together using a daisy chain method or video wall processor that combine all screen into a large logical screen. 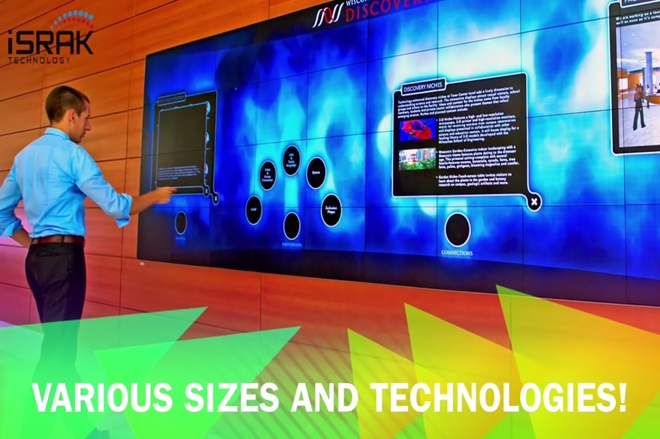 However, selecting the ideal video wall solution can be bewildering. A complete video wall system requires a number of components, and a wide range of options are available for each of them. Of all of the decisions that must be made when planning for a video wall system, perhaps the most deceptively simple is selecting the display type. An enormous range of video wall display technologies are available on the market today, each with their own unique characteristics, advantages, and disadvantages. Many potential buyers, architects, and engineers become quickly overwhelmed by the sheer variety of display types. Worse, manufacturers provide a plethora of promotional materials that often make conflicting claims and use widely inconsistent terminology and systems of measurement to describe their products. It is unsurprising that organizations often struggle to compare competing technologies or even to define which characteristics are most valuable and relevant for them. So, let's look at basic components of a Video Wall System.

3 Components of a Video Wall System

As explained above, Video wall displays are usually made from a tiled arrangement of monitors, panels, or projection screens. Tiling multiple displays together can create an extremely large, multi-HD display surface. Video walls come in a large range of display technologies, including LCD, LED, projection cubes, blended projection, and more. Each display type offers unique advantages and limitations in terms of resolution, brightness, reliability, cost, and other factors. Depending on the display type and mounting system selected, video walls can be built in flat, curved, or even three-dimensional shapes. They can be small enough to be portable or large enough to fill a multi-story atrium. 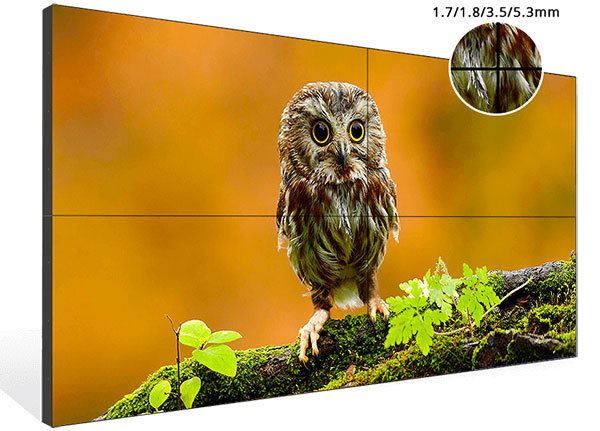 The video wall controller connects your content sources to the displays. It lets you control what content is shown on the displays, when and where it appears, and how it looks. Using IP streaming or physical inputs, the controller captures content from all of your desired sources – like video cameras, computer workstations, and cable boxes – making the content visible and accessible on a single interface. Based on the commands you make through the control software, the controller sends content to the displays and lets you arrange, scale, and adjust the content in real-time. Some controllers also let you build and save content arrangements offline before displaying them. The controller allows all of the individual displays in your video wall to work together as a single canvas. This means that content can be placed on a single display, stretched across multiple displays, or dragged across the display surface. There are fix compact videowall processor, Modular videowall processor and IP-based KVM videowall. 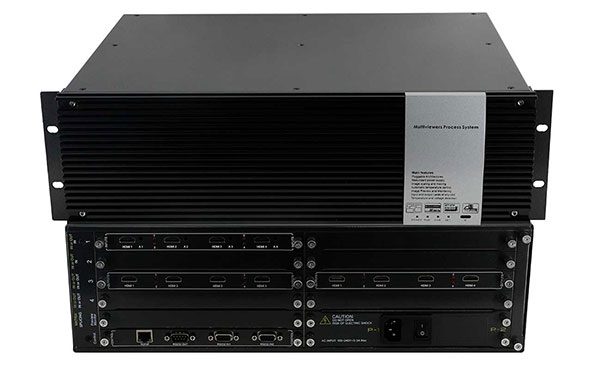 Video wall software provides an interface for controlling your displays, controller, and source content. It may support Windows PC or tablet such as Android or iPad. Most video wall software provides a “dashboard” of the system, including a real-time preview of the displays and a list of your available content sources. At its most basic level, video wall software allows you to select content sources and place them on your displays in real-time. Most programs also include tools for adjusting the appearance of content – including scaling, zooming, and cropping tools, brightness and contrast controls, and so on. Some video wall software offers special presentation-building functionality. This may include the option to build and save a sequence of pre-arranged content layouts, which can then be presented manually or automatically on the displays. Select platforms also offer custom labels, graphical transitions, and other tools for enhancing presentations. 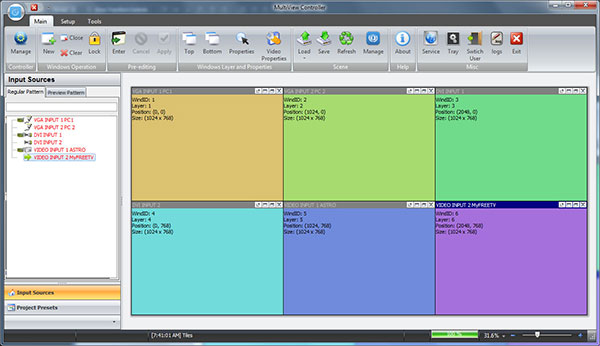